Identifying and Responding to Electrical Fire Damage in Miami 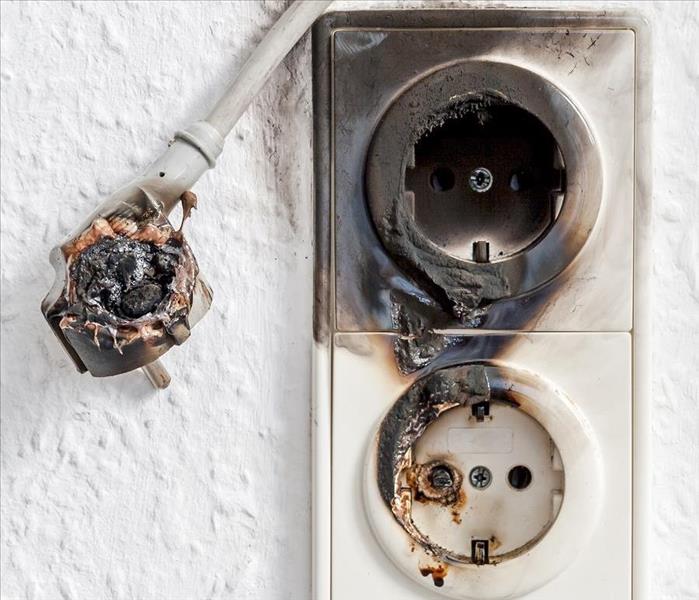 Electrical fires must be handled differently than regular fires.

It is Important to Understand the Difference of an Electrical Fire

Electrical fires are different from regular fires in a few ways. While both have the potential to spread across your home and cause a much more significant problem, small fires and electrical fires must be approached and considered as fundamentally different processes. Electrical appliances, plugs, and cables are among the leading causes of fire damage in Miami, accounting for hundreds of confirmed cases every year and potentially much more where the source is unknown.

Electrical fire damage in Miami can often look exactly like regular fire damage, albeit with a few fundamental differences. Most importantly, the source of the fire should be an electric appliance or cable and easily identifiable as such. Use common sense here: if you think the object on fire has an active wall connection or battery, treat it as an electrical fire. However, some electrical fires can also give off additional warning signs. Some may burn an unusual color, or send off sparks in either sporadic bursts or a consistent stream and pattern. If you observe any of these warning signs, be wary, and treat the fire with as much caution as possible.

Eliminating a small electrical fire is relatively easy, but if done improperly, also very dangerous. Electrical fires cannot be put out using water-based products, including some older types of fire extinguishers. The electronics underneath are likely to be very unstable and prone to becoming an electrocution hazard, especially when sprayed with a stream of pressurized water. The only time water should be used against an electrical fire is long after the fire has spread, and firefighters are forced to use water hoses to douse the flames. Make sure your home has modern, functioning CO2 or chemical fire extinguishers placed at critical locations so that you can effectively combat any type of fire, even an electrical one.

SERVPRO of South Miami is a locally owned company with national resources dedicated to helping local homeowners respond to and recover from disasters and damages to their home. Call us at (305) 269-8900.

For more information about the Miami Fire Department, click here.