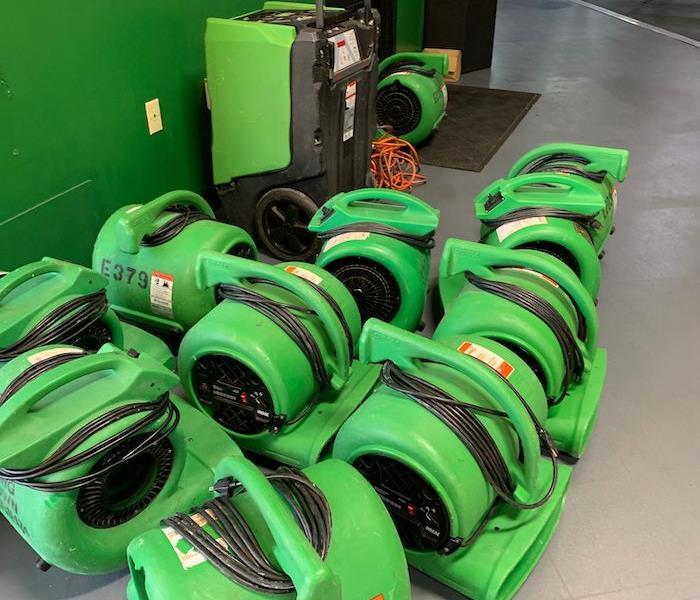 When water wreaks havoc on your business property, contact the experts at SERVPRO right away.

The development of Coral Gables started in 1925 and is one of the earliest successful planned cities in the world. It was developed during the Florida land boom in the 1920s. The boom was occasioned by several things, including technological developments such as the availability of automobiles and the financial incentives educated and skilled people were receiving at the time, including pensions, paid vacations, and other fringe benefits. With the ease of movements and money to spend, a destination like Florida with its fair weather soon became a favorite for many, and thus the demand for land soared. The thrill-seekers, therefore, helped increase the demand for land.

The Gables, as locals call it, was envisioned by writer and poet George Edgar Merrick after he inherited citrus groves from his father. He even wrote a poem describing his dream of the future city. Initially, the town was carved out of 3000 acres of land covered in citrus and pine trees. Later, nearby land was acquired, expanding the city. The name is derived from the description of the home where Merrick grew up, which had a coral-like limestone exterior and a gabled roof.

At the time Coral Gables was being developed, the City Beautiful Movement was flourishing. The movement was a philosophy of urban planning and architecture in North America that sought to introduce beautification and monumental grandeur in cities. The poor living conditions experienced in most major cities where overcrowded tenement districts were the norm due to high birth rates and immigration sparked the philosophy.

Merrick, who was passionate about aesthetics, incorporated the philosophy in developing the new city, including using strict zoning of commercial, residential, and recreational areas with clear divisions. He also chose the Mediterranean Revival Style as the main architectural style of the city. The centerpiece was the massive Biltmore Hotel. Some of the aspects that made the planned city unique included:

Two storms almost quashed the dream of a model city - a financial one and a literal one. The 1926 Miami hurricane affected many areas in Florida, causing severe damage to properties. The Great Depression also started soon after, halting Merrick's plan for the further development of Coral Gables as he was heavily indebted by then. However, the dream did not die since the city is still one of the most beautiful places in Florida. Some of the notable attractions include:

Away from the fascinating architecture, Coral Gables is also popular in culinary circles with many restaurants, especially along the Miracle Mile. Visitors and residents can enjoy Caribbean, French, Mexican, and Italian or other specialty dishes in the city. Some of the distinguished restaurants include:

Sometimes, diners may have other interests apart from enjoying a hearty meal.  Some establishments, such as The Café at Books & Books, located at the famous bookstore, offer a chance to enjoy meals after a stimulating activity such as book reading. The menu highlights local and seasonal ingredients in salads, sandwiches, and entrees. Vegan options are also available.

Water intrusion into business premises leads to many challenges, including creating hazardous conditions for customers or employees, discomfort, and damaging various materials. Coral Gables business owners must respond appropriately to ensure the water intrusion does not ruin their operations. SERVPRO provides a team of professional water restoration technicians to help provide protective and restorative services.

Preventing is the best solution for Issues that make the premises hazardous. For instance, floors become slick when wet, increasing the chances of slip and fall accidents. SERVPRO technicians mark place warning signs around the wet floor surfaces or isolate the areas. Expediting water extraction is also another viable strategy.

Other helpful things that our technicians might do for the business include:

SERVPRO of South Miami helps business operators in Coral Gables deal with all cases of indoor water intrusion. Call us at (305) 269-8900 to help start mitigation processes in time.