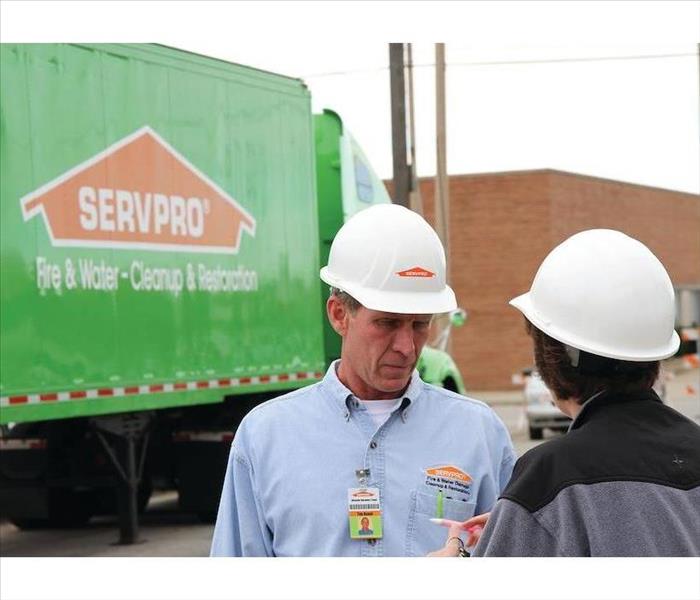 SERVPRO crews are ready and available to assist you with rapid response and recovery efforts after your home suffers a fire catastrophe.

People visiting you in South Miami probably know the area for the various perks it offers, including leafy neighborhoods and a vibrant downtown with unique shops, restaurants, historic buildings, and entertainment venues such as independent cinemas. There are always interesting things to do whether your guests stop by briefly or stick around for some time.

For those fascinated by arts and culture, there is a wide variety of attractions and locations to indulge in their art therapy. At the multicultural center, Art south, classes for adults and students and rental work studios are available. They also have open house days on the second Saturday of every month and summer camp programs for kids. Other kinds of art like the themed confectionery at Misha's Cupcakes or Crêpe Maker and several other establishments can provide a memorable experience.

Whiling time away in a movie theater or independent cinema is also a nice way to spend time here. There are various establishments where one can enjoy a classic movie-going experience of Hollywood blockbusters, including:

There are also exciting things to do outdoors, including spending time in green spaces and parks such as A.D. "Doug "Barnes" Park, a 65-acre facility with jogging trails, a fishing lake, picnic shelters, and native forest habitats. Dante Fascell Park is another excellent location where people engage in various recreation games, making it a perfect option for the active and fit crowd. The part is situated at the corner of SW 57th Avenue and 88th street. There are volleyball, basketball and handball courts. There is also a gated playground for kids.

Alternatively, a sightseeing trip around the city creates a chance to see some historic buildings which might have more significance for someone visiting shortly, considering Miami has an insatiable thirst for reinvention that has seen many iconic buildings flattened and replaced since its incorporation in 1896. Among the notable addresses to visit might include the Alhambra Water Tower and the Barnacle Historic State Park.

Fire incidents in the area can ruin the memorable Miami experience. The area is affected by a wide range of fires, including wildfires in the everglades ecosystem. Within the city, arson incidents and regular home fires are also common. The Everglades National Park has a long history of fires documented as far back as the early 1900s. Several Botanists, including Small, who toured the area in 1916, reported witnessing catastrophic fires stretching over 20 miles from Madiera Hammock to Cape Sable. Various other fires have affected the area over the years, including one in the winter of 1937 to 1938. In April 2020, a fire-affected approximately 1400 acres in the park, 5 miles from the US-41 highway.

The wildfires are mostly sparked by lightning, and although they are part of the natural Everglades ecosystem, they can leave some unpleasant after-effects in the surrounding areas. For instance, strong winds can spread smoke from the park, reaching properties in the surrounding areas. Home fires, on the other hand, originate from various sources. Electrical equipment is ranked as the top source, with other sources such as fireworks, open flames, and exposure also spark fires.

Arson incidents in the city have also occurred in the past leading to general inconvenience and, in some cases, ruining historic buildings. In February 2011, several arson incidents targeted Art Deco buildings in the Miami Beach area that led police to arrest Joel Paul Williams for starting the fires after an officer recognized him from the surveillance video.

The National Fire Incident Reporting System (NFIRS) keeps track of various fire statistics, including causes of fires, the types of properties affected, injuries, and other types of harm. Over the years, structure fires top the list of incidents, followed by vehicle fires, while exposure fires are minimal.

How Does SERVPRO Help with Fire and Smoke Removal from Miami Properties?

The effects of fires on Miami properties can be immediate or linger after the incident. For example, smoke from external sources such as wildfire or fire in neighboring properties can leave residues on external and internal walls, ceilings, and other surfaces leading to yellowing and other problems. A thorough cleanup is necessary to restore preloss conditions and severe damages. Cleaning such residues requires the right products to dissolve the soils. Mechanical agitation is also necessary to break down the bonds soils have with the surfaces. SERVPRO relies on a variety of equipment to simplify the cleaning process. For example, pressure washers drive water at 1300 to 1700 PSI for electric models and 2000 to 2800 PSI for gas-powered ones.

A fully equipped team from SERVPRO of South Miami is always ready to respond when fires affect properties in Miami. Call us at (305) 269-8900 to manage damages inside and outside your property.